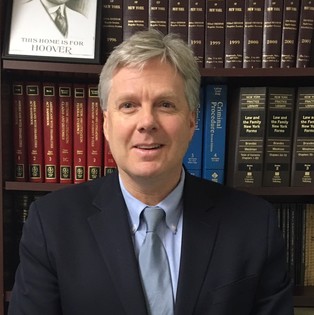 Christopher D. Watkins graduated from Yale University and U.C. Berkeley Law School.  Mr. Watkins has won several trials, including three verdicts in excess of $1 million.  He has also favorably settled numerous other cases before trial.  In addition to federal and state court, he has successfully represented individuals in administrative and other proceedings.  He has been selected as a Super Lawyer each year since 2012 and was recognized as one of the top employment lawyers in the country in 2016.  In the area of civil rights, he has obtained a multi-million dollar settlement for a class of people with mental illness and substance abuse problems who were subjected to mistreatment by a residential care provider. and won one of the most important police misconduct cases of the past ten years (Dancy v. McGinley, 843 F.3d 93 (2d Cir. 2016)).

Mr. Watkins is a member of the pro bono panel of Hudson Valley Legal Services, and a member of the New York chapter of the National Employment Lawyers Association (NELA).  He has trained other lawyers in giving closing arguments, whistleblower and retaliation law, gender stereotypes in the workplace, drug testing, and the Americans with Disabilities Act.  He is admitted to practice in New York and its federal courts, as well as the Third and Ninth  Circuit Courts of Appeal.